Forest Fire's album, Staring At The X, on Fat Cat Records, has been out since last fall but it somehow got lost in the woods for me until just recently. And now I find myself listening to it quite a lot. Glad it found its way out. The whole album is worth a listen. This track should give you a sense of it. 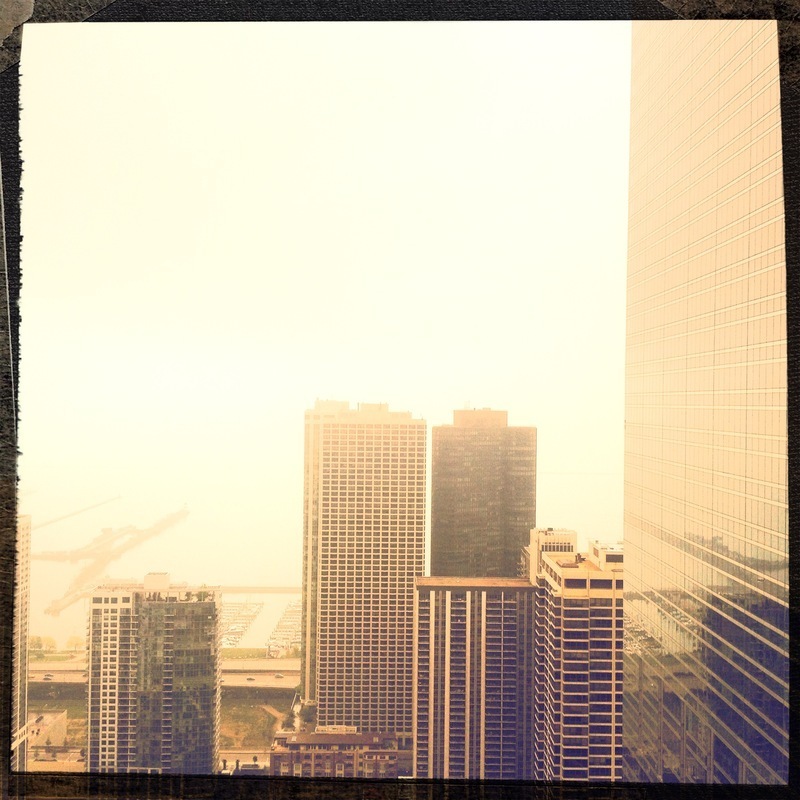 In a new segment I'm calling "Lost & Found", I'll be sharing songs that I once had really loved that got lost to the ages for a bit, only to be rediscovered again.

For the first installment, we're going back to 1998 when I was the music director and a DJ at KPSU radio (1450 AM on your dial) at Portland State University. My radio show called "Empty Space & Points Of Light" (based off of a Jeanette Winterson quote from her novel, Sexing The Cherry) was on Monday nights from 6 - 8PM and this was a track from a band called Push Kings that I'd play with a fair frequency. Mostly because it always cheered me up. So here you go: an oldie and goodie, late '90s indie pop style: 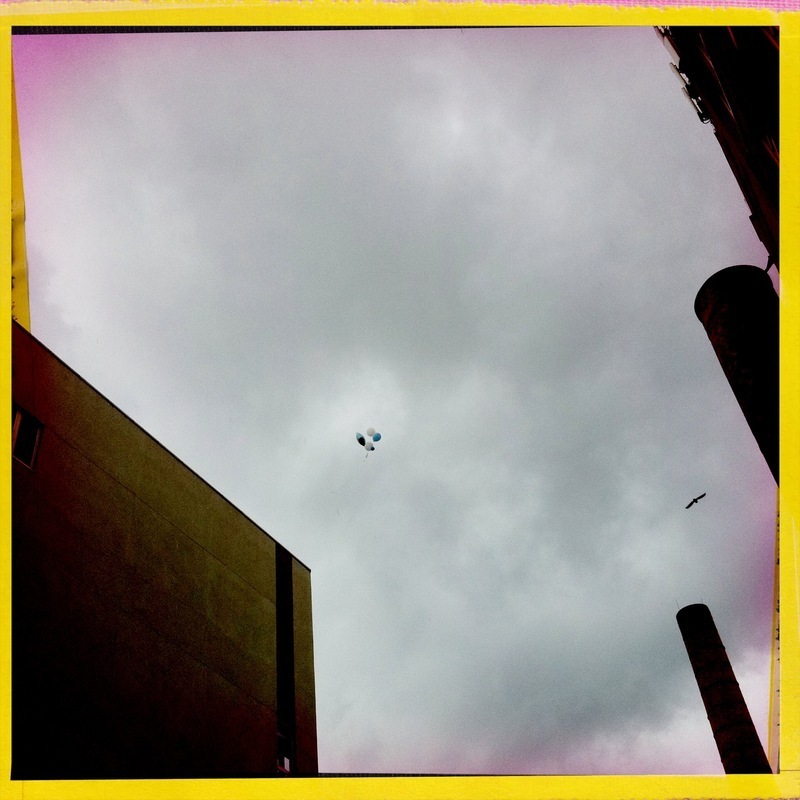 P.S. This track came to me via this Darla Records compilation:

“The Hopi, an Indian tribe, have a language as sophisticated as ours, but no tenses for past, present and future. The division does not exist. What does this say about time?
Matter, that thing the most solid and the well-known, which you are holding in your hands and which makes up your body, is now known to be mostly empty space. Empty space and points of light. What does this say about the reality of the world?”

I discovered Joseph Arthur years ago and ever since his music and in particular, his voice, is inextricably entwined with road trips out on the West Coast.
Listening to his new album makes we want to get in the car and drive aimlessly, with wind whipping through the car, down open roads, past prairie lands, off the beaten path small towns and high-plain deserts.

Song of the day from album of the week.
Can't even begin to tell you enough how much I love this.
Download 09_Midwest.mp3 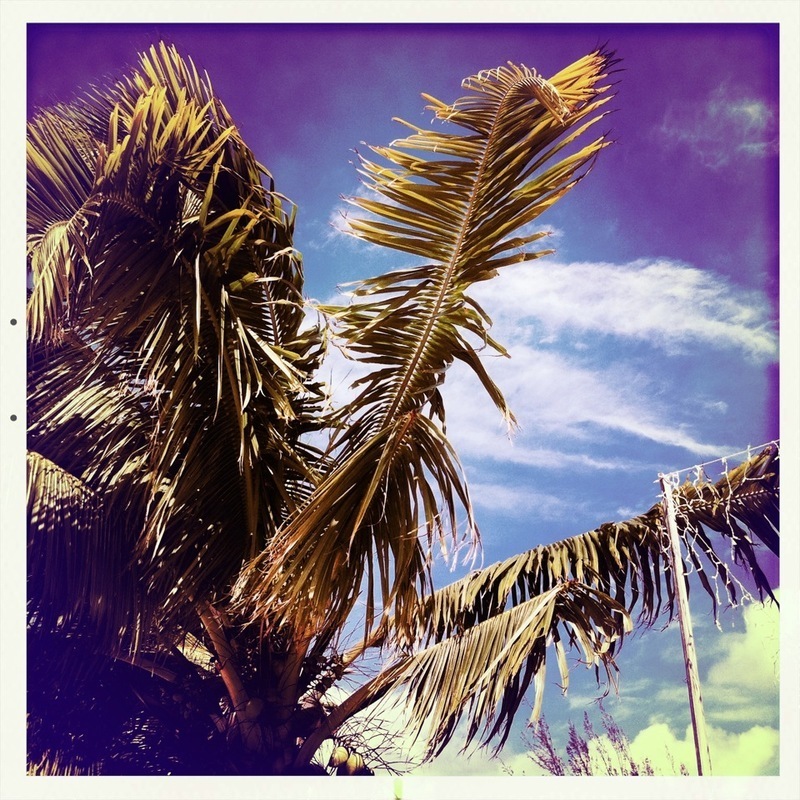 Song of the day from album of the week.

I really love all my music memories that revolve around the music of The Sea And Cake: summertime 1994 - as a young fella, living in Milwaukee, but nosing around Chicago; summertime 1997 - in Portland, living in a musical household with all my friends, hanging out, being creative slackers; and again, summertime 2011 - back in Chicago, this time with my lovely wife and making new friends.
The Sea And Cake has always felt timeless/out of time to me.
Love this about them.
Here's to warm, happy days again.
Finally. 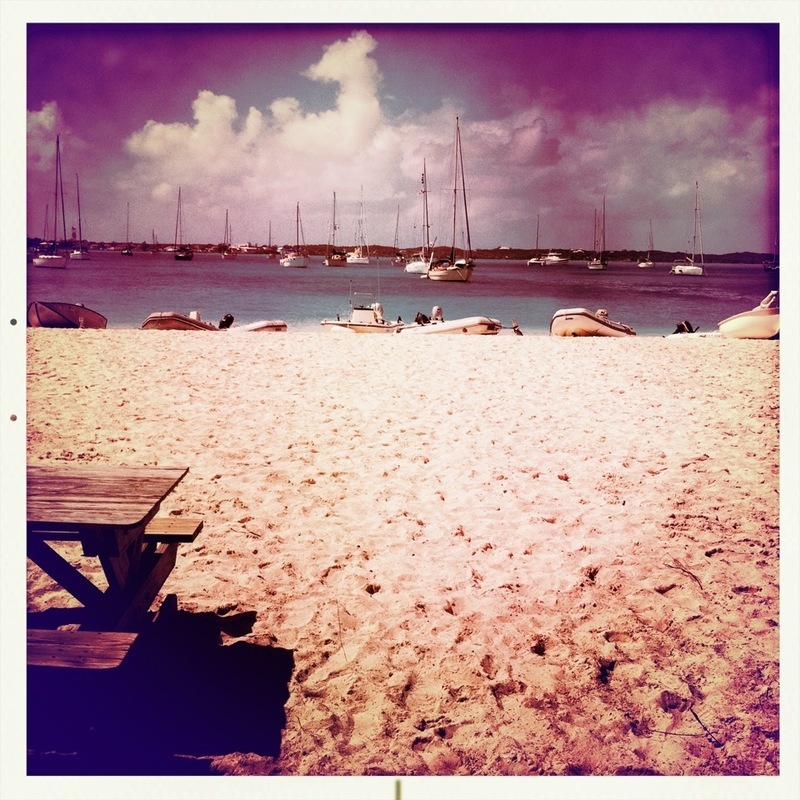 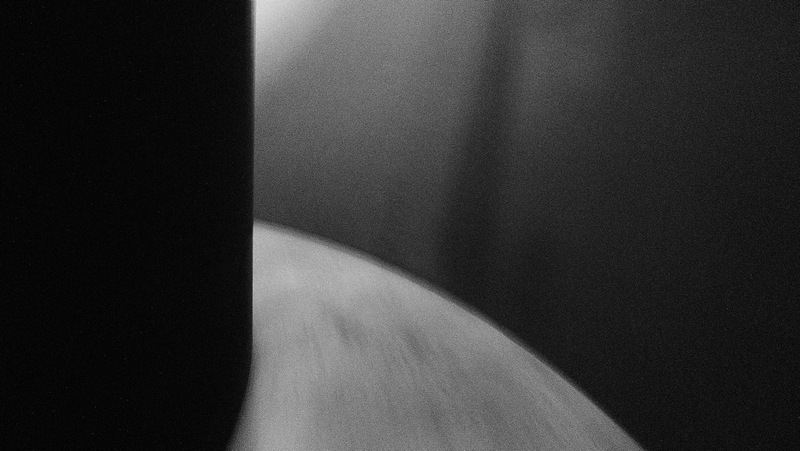 Long lost, mythical creatures...
Years ago I obsessed on Neil Young's 'unreleased/deleted' album, On The Beach, and even managed to get a vinyl copy, before it eventually saw a reissue a few years back.
Now I'm super fixated on his 1976 acetate "Chrome Dreams".
A few of these songs were even passed onto me when I used to live in Portland. Keep in mind that this was years before the ease of sharing via the internet and these kinds of songs were passed around and shared with a kind of special respect and honor that's quite different from these days.
Anyway, I don't know if it's because I watched the documentary Reel Injun last night or if it's just this autumnal thing that Neil brings out in me, but I wanted to share this jem with you:

Also, I'd say that you should nab the whole album which someone posted here:
http://www.mediafire.com/?innx4qwmygg
And explained here:
http://www.sidestreetrecords.com/articles/acetateChromeDreams.html
&
http://en.wikipedia.org/wiki/Chrome_Dreams

This song's been knocking around my office/studio for a little while and shortly, the new album is about to drop. It's awesome.
So, song of the day from album of the week goes to Gold Panda.
For making it special.
Check it. 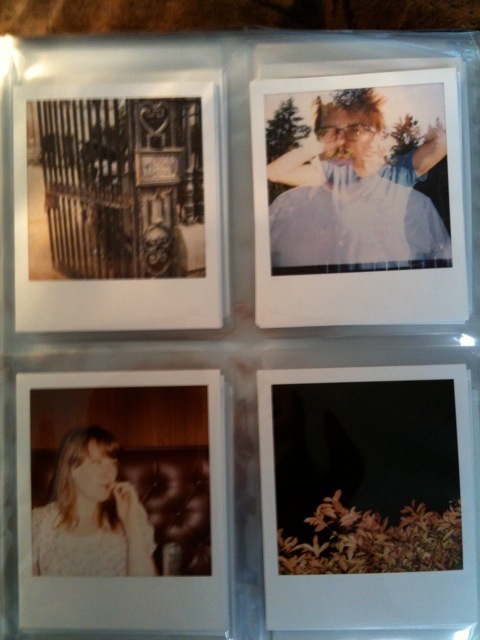 I picked up Roky Erickson's album "Never Say Goodbye" back in 1999 from Ozone Records in Portland, Oregon.
Though I was just starting to familiarize myself with him as an artist back then, this album in it's stark, vulnerable tone caught my attention immediately and never let go.
I've always envisioned this particular track to be playing during the end credits of a film:
Download 14_Youre_An_Unidentified_Flyin.mp3

Many of these tracks were actually recorded during a stint in a mental hospital, and it's rawness is both heartbreaking and beautiful.
Read a little bit about the story of the album here:
http://www.allmusic.com/cg/amg.dll?p=amg&sql=10:0jfpxqtjldde 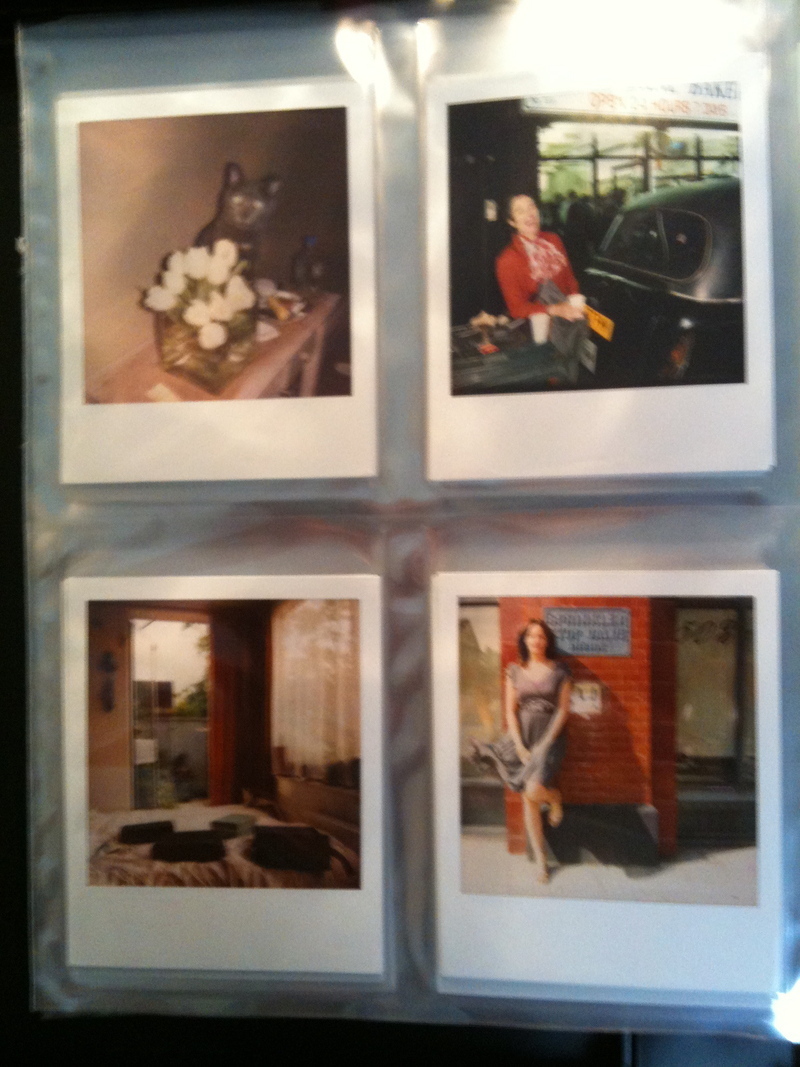 Also, I think it's a pretty hard album to come by these days, so if you'd like, you can download the whole thing here:
http://www.megaupload.com/?d=40di1zpk

Old friends from Portland done good.
Signed to Warp Records a few years ago, worked diligently on their album and now it's finally coming out.
Super excited for them.
It's a really solid record.
Show your support - check it out. 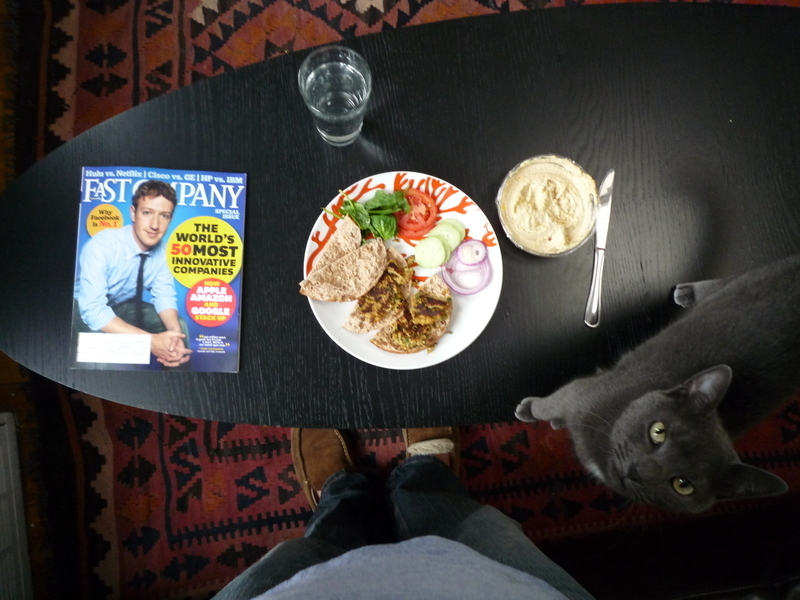 Just got back from the dentist.
Two cavities filled and now the whole left side of my face is numb.
On top of which, I am fighting a sinus cold, part 2.
Good times. 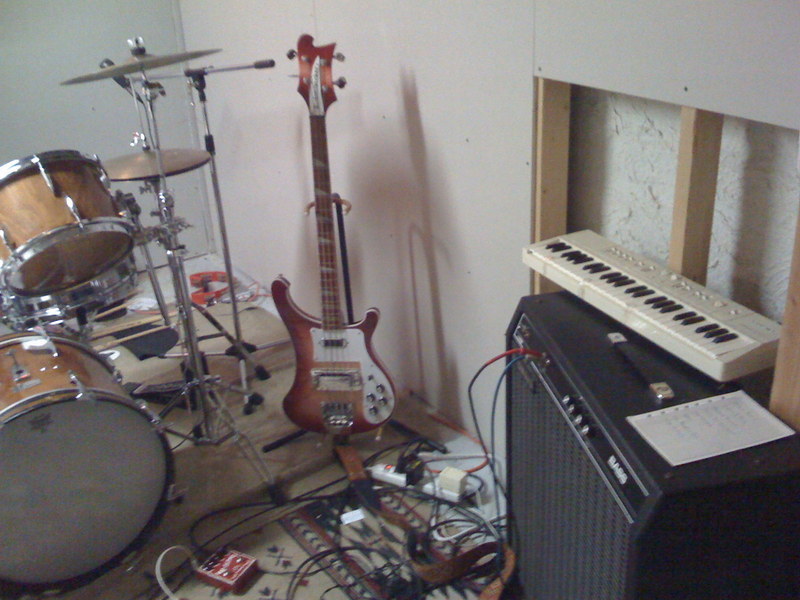 At least I have Eat Skull to cheer me up.

Other Music in New York is one of three in the world all tied for first place for best record store.
The other two are Mississippi Records in Portland and Honest Jons in London.
Every time I go into any one of them, I am overjoyed and feel like a little kid in complete wonderment.
And at Other Music, I'm lucky enough to know my friend, Daniel Givens, who every time I see him, turns me onto something new.
Recently it was the album "Catholic" from Patrick Cowley & Jorge Socarras.
And now it's my honor to turn you onto it, via their rad cover of Donovan's "Hurdy Gurdy Man":
Download 14_Hurdy_Gurdy_Man.mp3 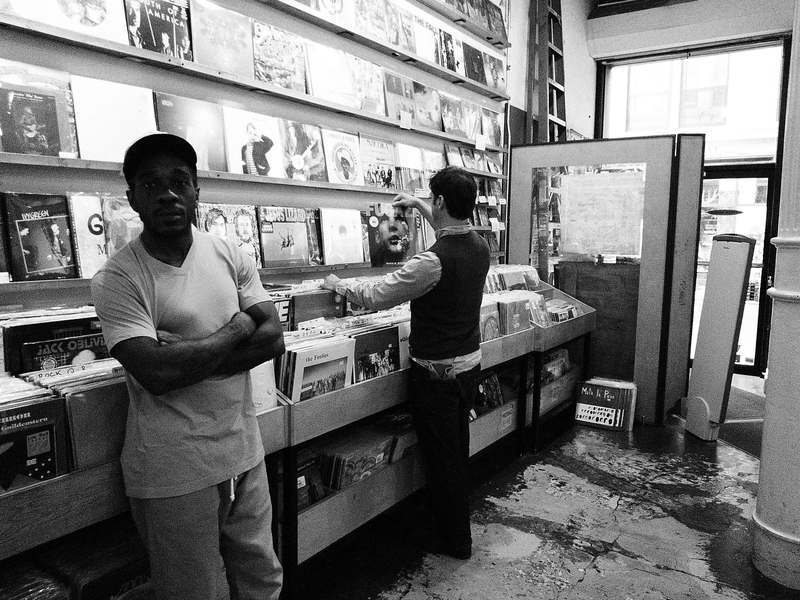 Read about the album here:
http://www.residentadvisor.net/review-view.aspx?id=6740